The second helf of the twentieth century hailed an era of illumination in the soil of Orissa, which witnessed an unprecedented and indefatigable effort of noted individual for building educational institution in the far-off corner of rural region for the expulsion of ignorance and illiteracy from the remote villagers. Opening of schools and colleges in the far-flung dark areas of numerous districts was championed and cheered up by the Government if Orissa. During that period of renaissance in the country. S.R. College came into being in the year 1976 on the day of Mukara Sanskrit. It was built on the bank of River Subarnarekha at Domichak, Baliapal with great cheer and enthusiasm of the local inhabitants under the pioneering leadership of late Gadadhar Giri, the then M.L.A. of Jaleswar Constituency. Late Giri is no more living today physically but his immortal soul remains immanent in the sustenance of S.R. College , Baliapal which will remain as a memento in catering knowledge and wisdom to the forth-coming generation in the passage of time.  READ MORE.. 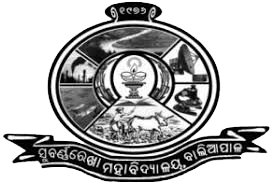